Tony Mancuso began his law enforcement career as a deputy at the Calcasieu Parish Sheriff’s Department in 1984.  During his 13 years as a deputy he was assigned to the Corrections, Patrol, and Youth Divisions.  In 1996 he was elected Ward 3 City Marshal and assumed office in January 1997.  Mancuso was re-elected Marshal in 2002 to his second term.  In October 2003, he was elected Sheriff of Calcasieu Parish.  He assumed office in July 2004 and was re-elected in 2007, 2011 and 2015 without opposition and again in 2019.  He is currently in his 5th term as Sheriff.

In his tenure as Sheriff he has brought the Sheriff’s Office into the twenty first century by obtaining state of the art equipment, technology and law enforcement resources; along with substantially increasing deputies pay to ensure the retention of trained qualified deputies.  While facing many challenges during his 16 years as Sheriff, such as Hurricane Rita, Laura and Delta, a quadruple homicide, and three line-of-duty deaths, Mancuso has been instrumental in bridging the law enforcement community in Southwest Louisiana together to show a spirit of cooperation second to none in the country.

Mancuso has been involved in community organizations such as United Way, where he served as Chairman in 2009, Boy Scouts of America as a board member and Dixie Youth Baseball as a coach and a board member.  He also coached his children in soccer, baseball and football.  Mancuso is an avid outdoorsman who loves hunting and fishing.  He is married to the former Mickey Pruden and they are the parents of Trey, 33, Mary, 30, and Morgan, 26.  He is also the proud Paw Paw of 5 grandkids.  The Mancuso’s are members of St. Martin DePorres Catholic Church.

Guillory was the Chief of Police for the City of Westlake and held that position for 7 years. He had 21 years of experience with the Westlake Police Department. He is a graduate of several law enforcement academies, including the LSU Basic Law Enforcement Academy, the FBI National Academy, and the LSU Law Enforcement Juvenile Institute.

Guillory is a state certified POST firearms instructor, as well as, a state certified D.A.R.E. instructor. He has received numerous awards for distinguished service, including D.A.R.E. Officer of the Year; Law Enforcement Award by the West Calcasieu Branch of the NAACP for outstanding performance and dedication to the community; and the Law Enforcement of the Year Award by the North Lake Charles Kiwanis Club.

Mayeaux was the chief deputy for the Ward 3 Marshal's Office and held that position for 7 years. Prior to that he worked 6 years at the Calcasieu Parish Sheriff's Office in the Corrections, Patrol, and Narcotics Divisions. He began his law enforcement career in the military as an enlisted military police officer, and later as an officer, branched into the Military Police Corps.

Mayeaux is a graduate of McNeese State University, with a bachelors degree in Criminal Justice; and the 224th Session FBI National Academy. He is actively involved in several civic organizations, and has attended numerous schools and advanced training courses in law enforcement and leadership development. 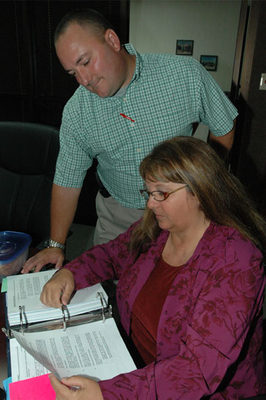 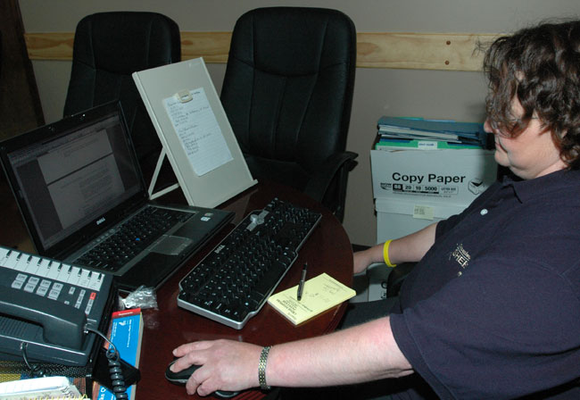