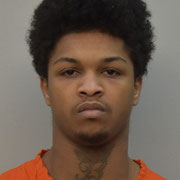 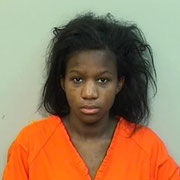 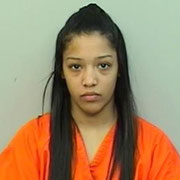 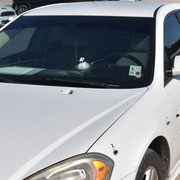 Detectives began viewing the social media feed and observed Louis to be travelling as a passenger in a car on Highway 171.  CPSO detectives began searching for Louis on Highway 171 and pulled onto the shoulder in an attempt to locate Louis.  A fully marked CPSO patrol unit observed what he believed to be the car Louis was in traveling on Highway 171 near Cobb Circle in Moss Bluff.  The deputy activated his lights and siren in to initiate a traffic stop.  The driver, later learned to be a 16 year old juvenile, pulled over in front of the detective’s unit.  CPSO detectives exited the vehicle, at which time Louis began shooting at detectives, causing detectives to fire back.

The car fled the scene at which time a pursuit ensued and the driver ultimately pulled over near Jillian Drive in Beauregard Parish.  It was learned Louis fled the car prior to the driver stopping.

Two passengers in the car, Keasia J. Wilfred, 19, Lake Charles, who is the owner of the car, and Dannirriah Louis, 19, Lake Charles, were arrested and booked into the Beauregard Parish Jail and transported to the Calcasieu Correctional Center.  They are both charged with 2 counts of principal to attempted 1st degree murder; and accessory after the fact to simple escape.  Their bonds are still pending.

Detectives are currently attempting to locate Louis, who was last seen wearing no shirt and orange basketball shorts.  He should be considered armed and dangerous so please do not approach him.  If anyone sees Louis or knows of his whereabouts, they are asked to call 911, Calcasieu Parish Sheriff’s Office at 491-3605, or Crime Stoppers at 439-2222.  Detectives are also asking anyone who may have home surveillance in the areas to please review their footage and report any suspicious activity.

Louis was convicted of illegal use of a dangerous weapon in January 2020.  He was also convicted of possession of a firearm by a convicted felon, obstruction of justice, and illegal carrying of a weapon in April 2020.

No injuries were sustained during the gunfire.