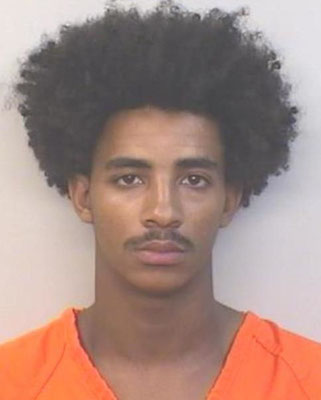 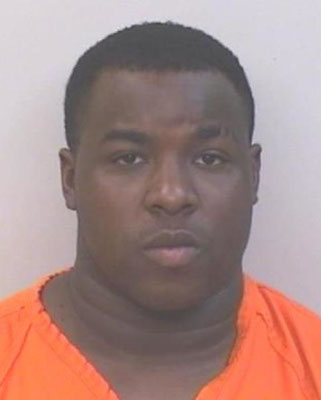 Last night at approximately 9:30 p.m. Calcasieu Parish Sheriff’s Office deputies were dispatched to a truck stop in Vinton in reference to a shooting.

During the investigation it was discovered earlier that evening the victim, who is a licensed repossession agent, had been at a home on Syria Road in Lake Charles in order to repossess a truck.  Moments before deputies were dispatched in reference to the shooting CPSO Dispatch received a call from Orlandezz J. Leday, 20, 120 Syria Road, Lake Charles, advising his truck had been stolen.  It was discovered Leday, along with Deonta D. Evans, 26, 8559 Gulf Highway #127, Lake Charles, left the residence in an attempt to locate the truck.

Leday and Evans located the truck at the truck stop in Vinton and began speaking with the victim.  Detectives have reason to believe the suspects followed the victim from the home after he completed the repossession.  Detectives learned a short time later one of the suspects began shooting at the victim, who was inside his truck, striking him in the legs.

Leday and Evans were located on scene and arrested and booked into the Calcasieu Correctional Center and charged with aggravated 2nd degree battery; aggravated criminal damage to property; and illegal discharge of a firearm.  Judge Tony Fazzio set their bonds at $275,000.

The investigation is continuing.  The victim was transported to a local hospital and is in stable condition.

Assisting CPSO in the investigation was the Vinton Police Department