CPSO ARRESTS ONE AND SEARCHING FOR ONE RESPONSIBLE FOR VEHICLE BURGLARIES 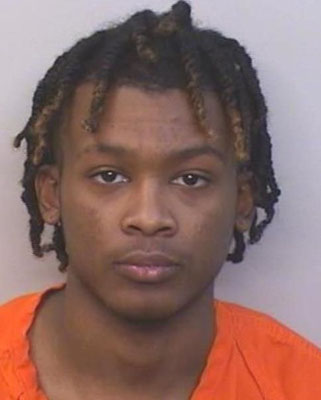 On July 28 the Calcasieu Parish Sheriff’s Office Vehicle Crimes Investigation Unit (VCIU) detectives responded to several complaints of vehicle burglaries in the area of West Gauthier Road in Lake Charles.  During the initial investigation detectives reviewed video surveillance from the homes where the burglaries occurred and observed the suspect’s vehicle to be a black Dodge Challenger.

With the assistance of the CPSO RTCC detectives identified the owner of the car as Darien D. Trahan, 19, 5942 Leger Road, Lake Charles, and after further investigation detectives issued a warrant signed by Judge Tony Fazzio for his arrest.  The following day, July 31, he was arrested and booked into the Calcasieu Correctional Center and charged with 14 counts of simple burglary; theft of a firearm; and 4 counts of theft less than $1,000.  Judge Tony Fazzio set his bond at $113,000.

Further investigation revealed another suspect, Taveon E. Williams, 19, 2006 13th Street, Lake Charles, was also responsible for the vehicle burglaries in Calcasieu Parish.  On August 13 detectives issued a warrant for his arrest in the amount of $88,000 signed by Judge Tony Fazzio.  He is also charged with 14 counts of simple burglary; theft of a firearm; and 4 counts of theft less than $1,000.  Detectives are currently searching for Williams and ask if anyone has any information regarding his whereabouts, please call CPSO at 491-3605.

CPSO VCIU Detectives James Rathke and Tyler McKnight are the lead investigators on these cases.