CPSO SEARCHING FOR DRIVER OF TRUCK INVOLVED IN HIT & RUN 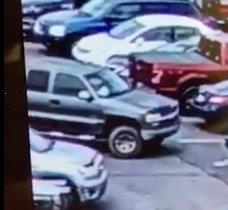 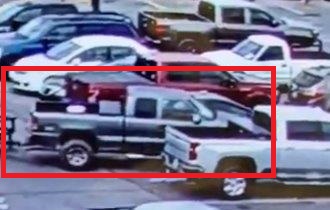 The Calcasieu Parish Sheriff’s Office is investigating a hit and run that occurred on Thursday, September 17 at approximately 2:30 p.m. at a home improvement store on E. Prien Lake Road in Lake Charles.

During the initial investigation, detectives learned a truck hauling a trailer was pulling into a parking spot and as the driver pulled forward the trailer hit the side of the victim’s truck, causing damage. The truck is described as a 1999-2002 Chevrolet extended cab truck, dark green or gray in color, with double step running boards. The truck also has aftermarket rims along with a black toolbox in the bed. The truck was pulling a single axle utility trailer with a folding tailgate. The passenger side tail lights on the trailer will be busted.

CPSO is asking anyone who can identify the truck seen in these photographs, or anyone with information about this case, to contact the lead investigators, Lt. Bryan Guth or Sr. Cpl. Casey Steech at 491-3846 and reference complaint number 20-137490.