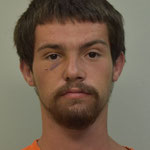 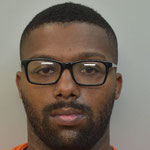 On August 20 Calcasieu Parish Sheriff’s Office detectives received a complaint from a local business on Highway 1256 in Sulphur in reference to two suspects attempting to gain access into the coin machines earlier that morning.

During the initial investigation detectives observed the two suspects on surveillance video at approximately 1:00 a.m. using a hammer and bat to open the coin machines.  Detectives also learned the suspects left the business and traveled to a nearby convenience store, where they were also seen on surveillance footage.

Later the same day detectives received information that the suspects, later identified as Johnathan L Willis, 26, 612 W. Brimstone #3, Sulphur, and Jacob B. Lafleur, 18, 784 Long Drive, Lake Charles, returned to the convenience store, wearing the same clothes they were observed in during the burglary.  Detectives arrived at the store at which time Willis and Lafleur were arrested and booked into the Calcasieu Correctional Center.  They are charged with simple burglary; and criminal damage to coin operated machines.  Their bonds are still pending.

CPSO Detective Randall Gibbons is the lead investigator on this case.