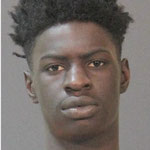 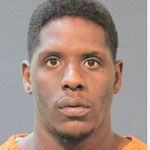 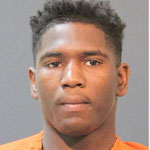 On November 5 Calcasieu Parish Sheriff’s Office deputies were dispatched in reference to an armed robbery that occurred at approximately 11:00 a.m. in the parking lot of an apartment complex on Kirkman Street in Lake Charles.

During the initial investigation detectives spoke with the victim who stated three men; identified as Jacoby J. Richmond, 29, 2409 Elaine Street, Westlake, Javeon J. Green, 19, 1909 3rd Street, Lake Charles, and Deonta D. Bartie, 19, 625 Dixy Drive, Lake Charles, pointed a gun at him and forced him to hand over an AK-47, which was located in the vehicle with him.

After further investigation on November 7 Judge Sharon Wilson signed warrants in the amount of $95,000 for the arrests of Richmond and Bartie and $120,000 for the arrest of Green.  Several days later, on November 9, Richmond and Green were located, arrested and booked into the Calcasieu Correctional Center.  They are charged with armed robbery; armed robbery with a firearm; and theft of a firearm.  Green is additionally charged with possession of a firearm by a convicted felon.

Detectives attempted to locate Bartie, who is charged with armed robbery; armed robbery with a firearm; and theft of a firearm, but were unsuccessful.  The Calcasieu Parish Sheriff’s Office is asking the public for assistance in locating Bartie.  If anyone knows of his whereabouts, please call CPSO at (337) 491-3605 or Crime Stoppers at (337) 439-2222.

As of this date, the AK-47 has not been recovered.