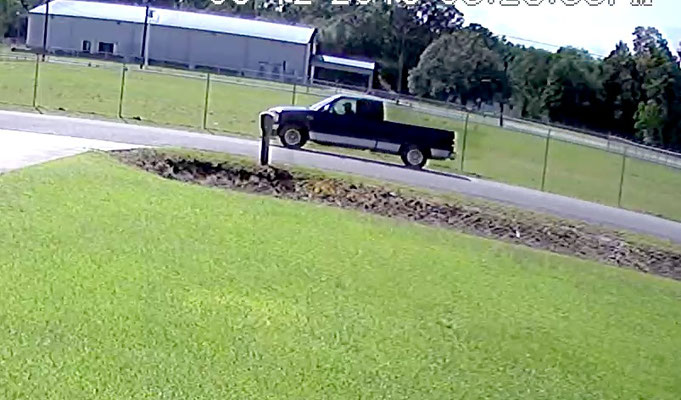 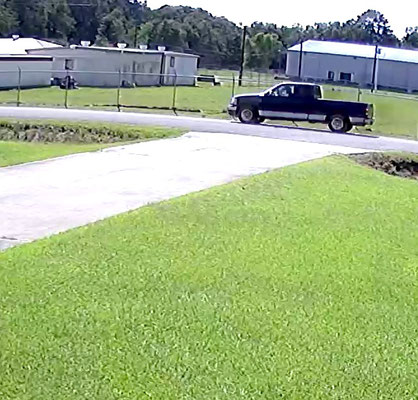 On Thursday, September 12 at approximately 3:30 p.m. Calcasieu Parish Sheriff’s Office deputies were dispatched to a store on Highway 90 East in Lake Charles in reference to an auto theft.

When deputies arrived they viewed surveillance footage from businesses in the area which showed a burgundy Ford with white trim around the bottom drive into the parking lot of the store and park next to the victim’s truck, which had been left unlocked and running.  Deputies then observed the passenger in the Ford exit the truck and enter the victim’s truck and drive out of the parking lot.  A short time later deputies located the stolen truck at the dead end of Tammy’s Lane in Lake Charles and learned a .40 caliber handgun along with over $4,500 worth of power tools and construction equipment had been stolen from the truck.

Detectives are asking anyone who can identify the truck seen in the photographs, or anyone with information about this theft, to call the Calcasieu Parish Sheriff’s Office at 491-3605 or Crime Stoppers at 439-2222.

CPSO Detective Matthew Bean is the lead investigator on this case.