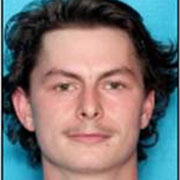 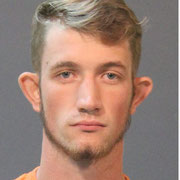 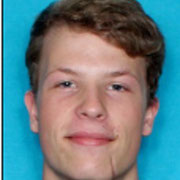 On July 22 a Calcasieu Parish Sheriff’s Office deputy was dispatched to Barbe High School in Lake Charles in reference to a burglary.  During the investigation detectives reviewed surveillance footage at the school and learned on July 21 at approximately 5:00 a.m. several suspects broke into the baseball concession stand at the school and stole an IPhone.  The suspects then entered the school and spray painted several of the walls inside.  The suspects returned to the school on July 23 and wrote on numerous desks and destroyed a Promethean Board.  The suspects caused over $6,000 worth of damage.

After further investigation and releasing surveillance photographs of the suspects to the public, detectives were able to identify the suspects as Seth R. Bordelon, 18, Mamou, Thomas D. Berzas, 20, Elton, Mitchell M. Hughes, 21, and a 17 year old juvenile both of Lake Charles.  On July 29 the juvenile was arrested and booked into the Calcasieu Parish Juvenile Detention Center.  The following day July 30, Bordelon was arrested and booked into the Calcasieu Correctional Center.  He was released later the same day on a $10,000 bond set by Judge Clayton Davis.  On  July 31, Judge Davis signed warrants for the arrest of Berzas in the amount of $13,000 and Hughes in the amount of $7,000.  The juvenile, Bordelon and Berzas are charged with simple burglary; 2 counts of simple criminal damage to property $1,000 to $50,000; theft less than $1,000; and unauthorized entry into a place of business.  Hughes, who was not responsible for the second incident that occurred at the school, is charged with simple burglary; simple criminal damage to property $1,000 to $50,000; and theft less than $1,000.

Update: Mitchell Hughes turned himself in on August 2 and will be arrested and booked into the Calcasieu Correctional Center.