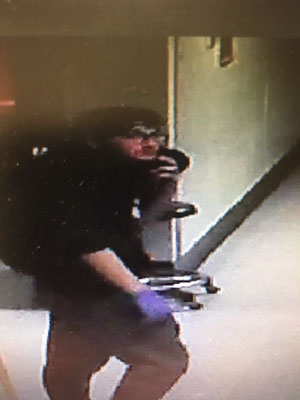 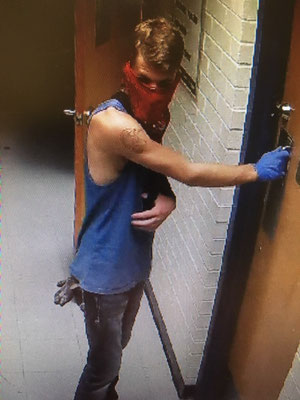 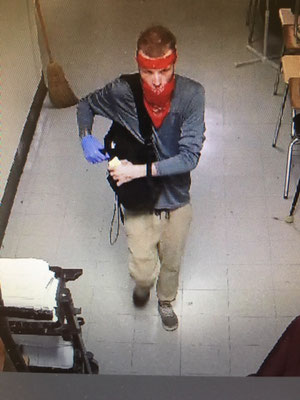 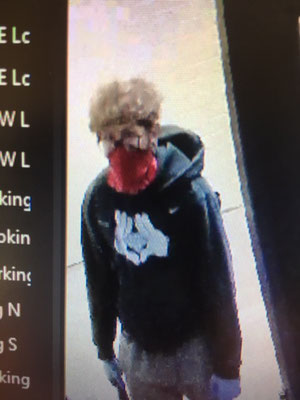 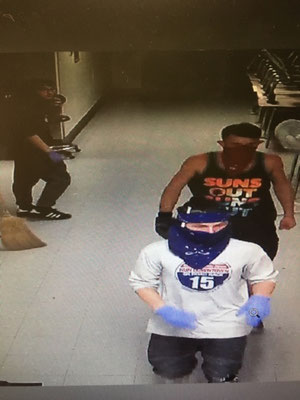 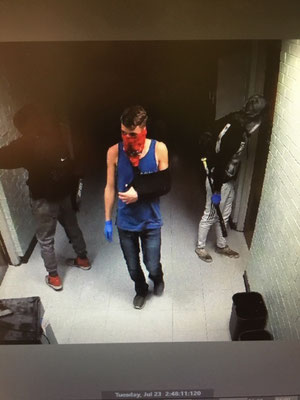 On July 22 a Calcasieu Parish Sheriff’s Office deputy was dispatched to Barbe High School in Lake Charles in reference to a burglary.  During the investigation detectives reviewed surveillance footage at the school and learned on July 21 at approximately 5:00 a.m. several suspects broke into the baseball concession stand at the school and stole an IPhone.  The suspects then entered the school and spray painted several of the walls inside.

While investigating the initial complaint detectives were advised by school personnel the suspects returned to the school on July 23 and wrote on numerous desk and destroyed a Promethean Board.  The suspects caused over $6,000 worth of damage.

If anyone has any information regarding the identity of the suspects seen in these photographs, please contact CPSO at 491-3605 or Crime Stoppers at 439-2222.