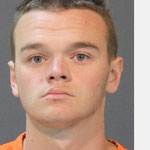 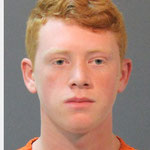 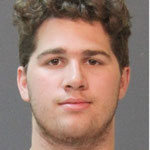 On May 30 at approximately 9:00 a.m. a Calcasieu Parish Sheriff’s Office deputy was dispatched to J.I. Watson Elementary school in Iowa in reference to a burglary.  When the deputy arrived he observed there to be damage inside the school to a door and a coke machine.  The deputy also learned that there were iPads and computers missing from some of the classrooms.  Upon further investigation the deputy located the iPads and computers, along with some of the cokes from the damaged machine, on the 2nd floor of the school.

During the investigation detectives reviewed video surveillance which showed three men in the school going from class to class the previous evening at approximately 5:30 p.m.  Detectives learned the men were able to enter the school by prying open a window.  After further investigation detectives were able to identify the 3 men as Hunter R. Miller, 18, 7993 Old Hecker Road, Draven A. Reuter, 19, 111 East 2nd Street, both of Iowa, and Ethan T. Hext, 19, 2412 Roxanne Street, Sulphur.

CPSO Detective Roy Pesson is the lead investigator on this case.