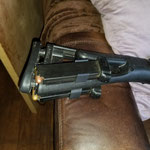 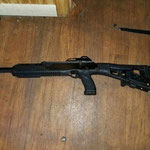 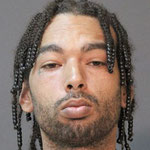 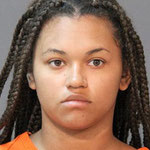 Yesterday morning at approximately 5:30 a.m. the Combined Anti-Drug Task Force (C.A.T. Team) along with the Calcasieu Parish Sheriff’s Office ACT Team executed a search warrant at a home in the 1600 block of McNabb Street in Lake Charles.

When deputies arrived to execute the warrant they breached the door and one of the residents, Nathaniel J. Conner, 28, Lake Charles, grabbed his two children, ages 7 and 4, taking them hostage, in an attempt to use them as a shield from deputies.  Conner advised deputies on scene that they would have to kill him and the children because he was not going to jail.  Conner barricaded himself in a small bathroom with the two children and advised deputies he had a gun.  It was also learned Conner wrapped a towel around his head, in an attempt to protect himself in case any chemical weapons were deployed.  He also held his two children up to cover his body.  ACT-Team members requested negotiators to the scene, and throughout negotiations Conner had both children remain in a position to cover him.

A short time later, while Conner was distracted, an ACT- Team member tackled Conner, allowing one of the children to escape.  Conner continued to hold the other child in his arms, which deputies were eventually able to free.  Conner continued to resist deputies and had to be subdued with less-than-lethal ammunition, at which time the second child was safely removed from the residence.

Judge Robert Wyatt set a bond of $25,000 for Conner’s charges of kidnapping; the rest of Conner’s bond, as well as, Wilkerson’s bond is still pending.

CPSO Detective Jerod Abshire is the lead investigator on the kidnapping case.