CPSO LOOKING FOR WOMAN IN CONNECTION WITH IDENTITY THEFT 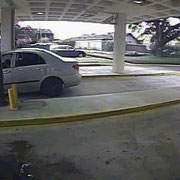 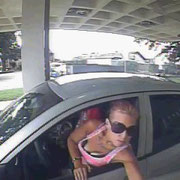 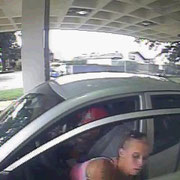 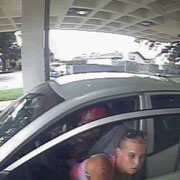 Calcasieu Parish Sheriff’s Office detectives received a complaint in reference to a theft from a vehicle that occurred on August 6 at a local nightclub in Lake Charles. The victim advised detectives several items including a Louis Vuitton purse and Tom Ford sunglasses, both totaling approximately $2,200, $300 cash, a payroll check for $275, and her ID were missing from her car.

Upon further investigation detectives learned the stolen payroll check had been cashed using the ID stolen from the victim’s car. Detectives were able to obtain surveillance photos of the suspect cashing the check at a local bank in Lake Charles. The Calcasieu Parish Sheriff’s Office is asking the public for assistance in identifying the woman seen in the photographs. Anyone with information regarding the theft or the suspect and car shown in the pictures is asked to call CPSO lead Detective John Melton at 494-4565.