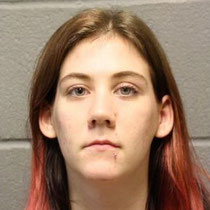 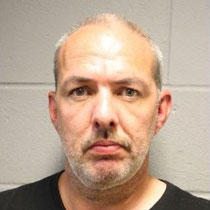 On August 2 around 1:30 p.m. the Calcasieu Parish Sheriff’s Office was dispatched to an open field near the area of Creek Road and Bud Bennet Road in Starks in reference to an unknown deceased man with apparent trauma to his body, later identified as Dustin Hammons of Houston, TX.

CPSO detectives traveled to Houston to speak with family members and friends of Hammons.  Statements obtained by detectives indicated Hammons was last seen in the company of Boyd “Lurch” Hagood, 45, and Ashlyn Brown, 22, both of Baytown, TX, in a car driven by Hagood.  According to witnesses, Hammons leaves the area with Hagood and Brown and is not seen again.

Utilizing current available technology, detectives were able to identify and locate the car driven by Boyd as it traveled from the Houston area towards Louisiana. With the assistance of Texas Department of Public Safety, Pasadena Police Department, and the Harris County Sheriff’s Office, Baytown PD, Houston PD, FBI, Homeland Security Enforcement and Texas Rangers, Boyd and Brown were located and placed under arrest.

The homicide is believed to be drug-related.

An arrest warrant for 2nd Degree Murder was obtained for Hagood and Brown.  Judge Robert Wyatt set Hagood’s bond at $2,500,000 and Brown’s bond at $1,500,000.  Both are currently being held in Harris County on charges of Aggravated Assault.

CPSO Detective Sgt. Casey LaFargue is the lead investigator on this case.