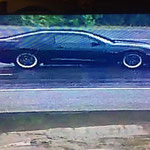 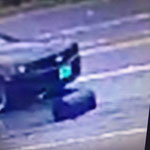 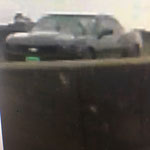 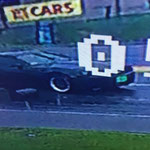 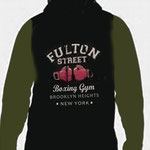 On May 22, at approximately 11:50 a.m. the Calcasieu Parish Sheriff’s Office received a call from the CSE Federal Credit Union, located at 1170 Sam Houston Jones Parkway in Moss Bluff in reference to a robbery.  The preliminary investigation revealed the suspect entered the credit union and demanded money from the teller.  After receiving an undisclosed amount of money, he fled on foot into a wooded area located behind the credit union.  Upon deputies’ arrival CPSO K-9s were able to track the suspect to an area where it is believed he possibly left in a vehicle.  The suspect was described as a male wearing a dark hoodie, with his face covered.

After further investigation detectives viewed video surveillance footage in the area of the credit union and were able to identify a car of interest that drove by the credit union several times before the robbery and leave the area immediately following the robbery.  The car, described as a black Chevrolet Camaro, possibly 2010-2014 model, was captured travelling southbound on Highway 171 heading towards I-10 at approximately 12:20 p.m. the same day of the robbery.  Detectives describe the rims on the car as black with silver or chrome trim.  The car has a possible temporary tag on the back and an unidentifiable green plate on the front.

If anyone has any information regarding the Camaro or knows the owner of the Camaro seen in the photographs, please call the Calcasieu Parish Sheriff’s Office at 491-3605 or Crimestoppers at 439-2222.

CPSO Detective Roland Jones is the lead investigator on this case.