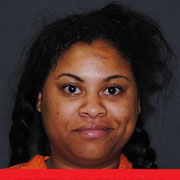 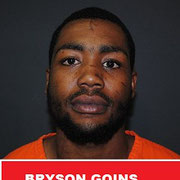 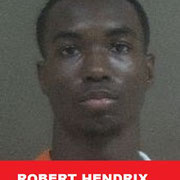 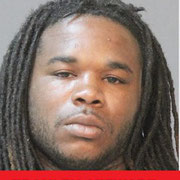 On December 29 at approximately 2:00 a.m. Calcasieu Parish Sheriff’s Office deputies were dispatched to a local motel on North Lakeshore Drive in Lake Charles in reference to a robbery.  Upon deputies arrival they located the victim laying on the floor in a room incoherent and unable to speak due to injuries sustained during the robbery.  The victim was transported to a hospital where he was treated for his injuries.

After further investigation detectives learned the victim and a women, later identified as Brittany P. Edwards, 19, Moss Bluff, had been in the motel room together prior to the incident.  Detectives also learned while Edwards was in the room with the victim she was also in contact with 3 other men through text messages, later identified as Bryson A. Goins, 23, Moss Bluff, Troylen J. Stewart, 24, Breaux Bridge, and Robert M. Hendrix, 24, Lake Charles.  It was discovered Edwards was communicating with the 3 men about executing the robbery.  When detectives viewed video surveillance at the motel they witnessed Goins, Stewart, and Hendrix standing outside the motel room where the victim and Edwards were located.  They then witnessed Edwards exit the room and the 3 men enter, at which time the suspects pistol whipped the victim and stole an undisclosed amount of cash, as well as some personal items.  Video surveillance also shows Goins, Stewart, Hendrix, and Edwards fleeing the scene together after the robbery.

On May 19 Edwards posted bond after her charge of attempted first degree murder was dismissed and her bond was reduced to $200,000.  Goins and Stewart remain incarcerated.  Detectives attempted to locate Hendrix on numerous occasions but were unsuccessful.  The Calcasieu Parish Sheriff’s Office is asking the public for assistance in locating Hendrix.  If anyone knows of his whereabouts, please call CPSO at (337) 491-3605 or Crime Stoppers at (337) 439-2222.