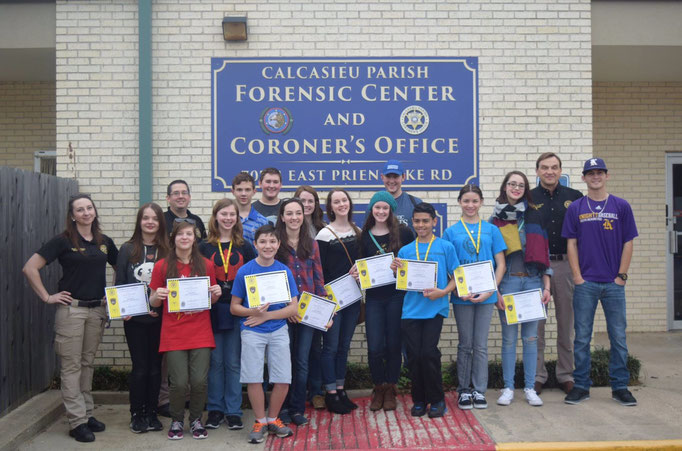 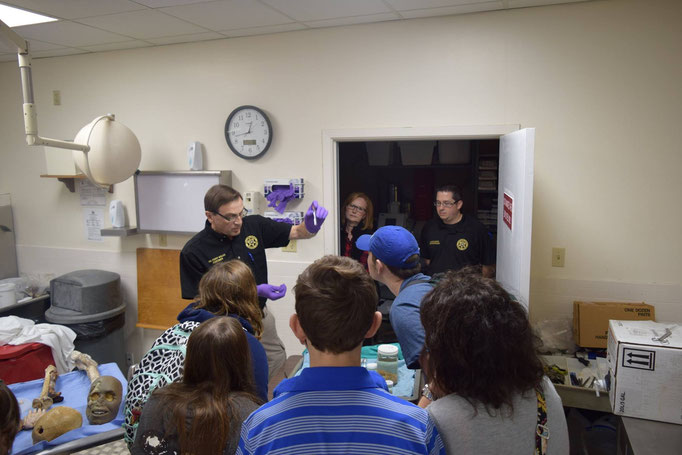 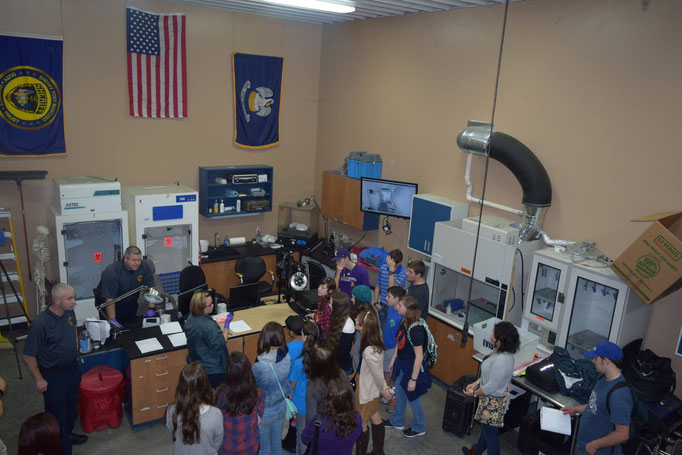 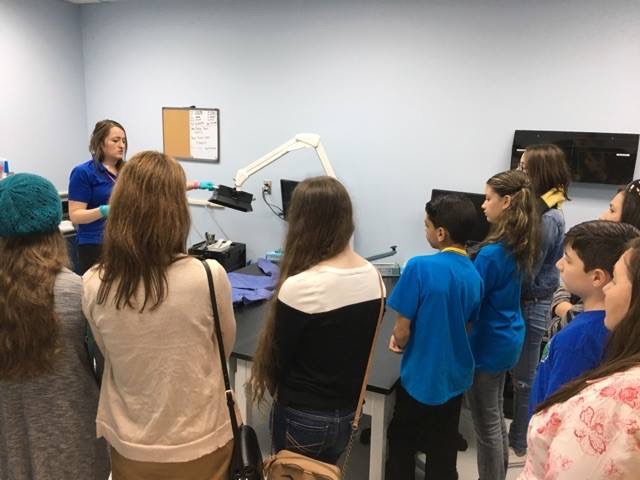 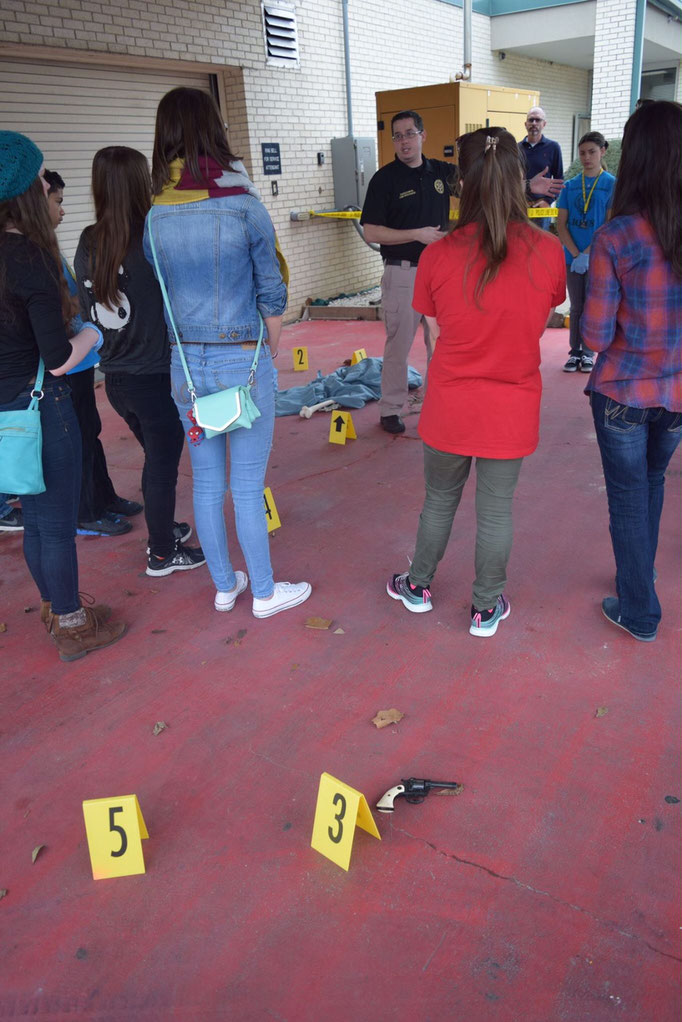 On January 20, the Calcasieu Parish Sheriff’s Office along with the Calcasieu Parish Coroner’s Office and the SWLA Crime Lab hosted a “Forensics Day” for the Calcasieu Parish Homeschool 4-H group.  Students were able to visit each agency and tour their facilities while learning firsthand the role of each agency and how they are involved during an investigation.   Students were able to view different types of equipment used at crime scenes and learned basic crime scene skills throughout the day such as collecting fingerprints and evidence, determining types of injuries, and examining and processing DNA.

At the end of the day students were asked to process a mock crime scene using information they had learned throughout the day.  Students were able to examine a “victim” and determine the type of injury sustained as well as collect information from “witnesses” at the scene.   They were tasked with locating, preserving and collecting evidence, as well as taking photographs and completing crime scene sketches.