CPSO ARRESTS TWO FOR BUGLARY & THEFT OF A LOCAL BUSINESS 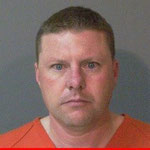 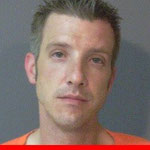 On June 1 at approximately 7:15 a.m. the Calcasieu Parish Sheriff’s Office was dispatched to a local business on Siebarth Drive in Lake Charles regarding a burglary. When deputies spoke with the complainant, he advised when he arrived at work that morning he found the alarm had never been set from the previous day and a safe, with approximately $5,000 to $6,000, was missing.

During the investigation detectives discovered a door at the rear of the business had the handle broken off, but the door was still locked and showed no signs of a forced entry. Detectives also learned that one of the surveillance cameras had been stolen and another one had been repositioned. When detectives reviewed the surveillance video from the business, it captured an employee identified as Brandon Ronald Archer, 37, 301 W. School Street, Lake Charles, in the view of both cameras before they lost video feed. Detectives also discovered a recorded phone conversation between Archer and another employee, Michael Lee Odom, 39, 7166 Sidney Derouen Road, Bell City, talking about the burglary and theft before it took place.

Archer and Odom were arrested and booked into the Calcasieu Correctional Center and charged with simple burglary; theft between $5,000-$25,000; and simple criminal damage to property. Archer and Odom were both released on a $15,000 bond set by Judge Clayton Davis.

The investigation is continuing with additional arrests possible.

CPSO Detective Sgt. James Leubner is the lead investigator in this case.