On July 21 at approximately 5:00 a.m. Calcasieu Parish Sheriff’s Office deputies were dispatched to 4600 block of Hwy 27 S in Sulphur in reference to numerous vehicle burglaries.

When detectives arrived, they learned that approximately 9 vehicles had been burglarized.  During the initial investigation, it was also learned that a firearm was stolen along with electronic devices and personal items.

While detectives were conducting the investigation in Sulphur, CPSO Patrol Deputies responded to an apartment complex in South Lake Charles.  Deputies spoke with several victims who had their vehicles burglarized.  When detectives arrived to the apartment complex, they learned an additional 2 firearms had been stolen along with electronic devices and personal items.

Detectives reviewed the surveillance footage from both locations and learned that the same subject committed the burglaries in Sulphur and South Lake Charles.  The subject is possibly driving a silver 2005-2009 BMW X3 with black rims.  The subject was observed to be a black male dressed in all black and wearing a red and yellow scorpion beanie.

Detectives are asking anyone who can identify the truck or subject seen in the photographs, or anyone with information about these burglaries, to call the Calcasieu Parish Sheriff’s Office at 491-3605.

CPSO Vehicle Crimes Detective Hollan Dyer is the lead investigator on this case. 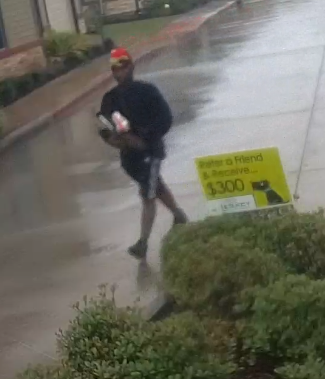 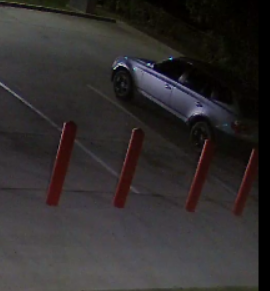